Fannie Mae Expects Slow But Sure Housing Growth in 2015 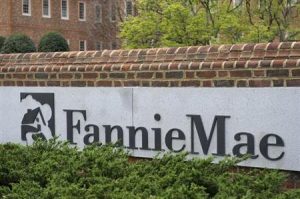 Where the U.S. housing market is concerned, Fannie Mae chief economist Doug Duncan said he is anticipating overall weaker home sales in 2014 than in 2013. But he expects that overall home sales in 2015 will post their best performance since 2007 despite seeing only moderate growth for the year.

The forecast on the state of the nation’s housing market and on the overall economy were included in the Fannie Mae Economic & Strategic Research Group’s October 2014 Economic Outlook, published on Thursday.

“We lowered our expectation for housing starts just slightly to one million units for 2014, but our view of mortgage originations has not changed,” Duncan said. “Our estimate for 2013 was in line with the recent release of 2013 data under the Home Mortgage Disclosure Act, and our projection of total production in 2014 is little changed at approximately $1.1 trillion. For 2015, we are cautiously optimistic that ongoing labor market improvements, low mortgage rates, rising inventories, and some easing of lending standards will boost home sales by roughly 5.0 percent. However, we still believe housing will continue along its upward grind rather than have the breakout year some are expecting.” 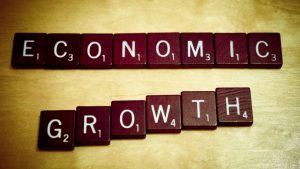 Economic growth has been slow on a global scale this year, but that has not dimmed the outlook for the U.S. economy, according to the findings of Fannie Mae’s ESR Group. Real economic growth in the U.S. seems poised to exceed 3.0 percent for the second half of 2014, which is expected to provide a solid basis for continued growth into 2015.The slow global economic growth may prevent the Federal Reserve Board from making any interest rate policy changes until Q3 2014, it has not prevented a positive outlook for the economy in the U.S.

“Given the expected strengthening economic activity in the U.S. in the second half of the year, we continue to expect to finish just above 2 percent growth for all of 2014,” Duncan said. “The risks are tilted to the downside due to current geopolitical events in Russia, Ukraine, Hong Kong, and the Middle East, as well as the economic slowdown in the Eurozone, China, and Japan. However, recent data suggest these factors have not significantly swayed American consumers. Real consumer spending is poised to pick up in the second half of 2014 from the first half, due in large part to improving labor market conditions, continued declines in gasoline prices, and a subdued pace of inflation.”

The Birth of a Business