For the last 11 years I have been involved with real estate in various capacities, including as a realtor, broker, investor, and trainer. I am extremely passionate about what I do and there are few things that give me a greater sense of fulfillment. My business gives me the opportunity to help people. Whether it’s assisting a homeowner with the sale of their home, saving someone’s property from foreclosure, or helping a buyer purchase a slice of the American Dream, I know that what I do truly makes a difference in people’s lives. For that, I am extremely thankful.

Below is a letter that I wrote to some of my real estate investing students a few years ago. I set aside time every Thanksgiving to read it again, and I am always extremely uplifted and encouraged by my own words. It’s a little longer than most of my posts, but I encourage you to try and carve out a couple extra minutes and read it through to the end. My prayer is that it will bless you in reading it as much as it did for me in writing it. If you get a chance, post some feedback at the bottom about what you’re thankful for this year, in business and in life. And, of course, have a Happy Thanksgiving!

“This past week I was reminded again why I became a real estate investor. Of course I was always excited about the possibilities of earning vast amounts of income and building a substantial net worth. I used to stay up at night dreaming of residual or passive income and the financial freedom that could come from it. But when I really started working on a full-time basis with motivated sellers, I discovered that the rewards reached so much deeper than I could ever imagine.

I still remember my first deal like it was yesterday. My hairdresser (yes, the one from Fantastic Sam’s) told me that her boyfriend was about to lose his house to foreclosure. After meeting with him, I found out that his primary goal was simply to get rid of the house. It represented an anchor to him that was preventing him from setting sail, metaphorically speaking, to the responsibility-free world of truck driving. Within 30 minutes of hello, he had deeded me the house, I had agreed to take over his payments, and we had crea 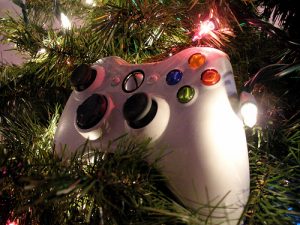 ted a true ‘win-win’ situation. But the winning didn’t end there.

After I fixed up the house, I listed it on the market for $43,000. Within 3 days I received a call from a nice gentleman named Richard who was interested in buying the house. Richard was recently divorced and had sole custody of an adorable 5 year old boy. He had decent credit, but he didn’t have much in the way of a job history, nor did he have any money for closing costs. After some hard work and diligence by my good friend Chris Carter, we were able to get him financed. I paid for all of his closing costs, and just before Christmas, Richard and his son had a place to call home.

I knew that the move had depleted the meager amount of savings that Richard had built up, and so for a closing gift I bought Richard’s son an X-Box and a few games to go with it. I can still remember how his innocent face just lit up when he ripped open the package. As the MasterCard commercials puts it…PRICELESS. So, let’s now factor in the look of excitement on that young boy’s face and the ability to give Richard’s small family a home of their own right before the holidays. Make that a win-win-WIN deal.

Until recently, I had mistakenly thought that there were only 3 winners, but oh how small is my vision! This past weekend I held an open house at one my rehab properties and I thought it would be a good idea to send a postcard to the surrounding neighborhood. My ingenious, entrepreneurial thought was that perhaps they have friends or relatives that may want to live where they live OR they’re renters and would like to own a home of their own without moving their kids to a new school district. Well lo and behold, the neighbors did show up, but it wasn’t to buy. They simply wanted to say… ‘Thanks.’ One after another neighbors came by to let me know how appreciative they were that I had fixed up the house. One of my mentoring students even went by the day after the open house, and they were approached by a neighbor who requested that they tell me thank you as well. So, let me correct myself once again. We investors are in the 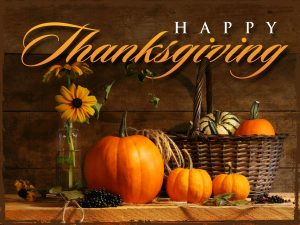 You see, I had taken the neighborhood eyesore and made it pretty again. Suddenly everyone’s property values went up, along with their own pride in the neighborhood in which they reside. Slowly but surely we as investors are making our streets & neighborhoods, and eventually our states & our nation a better place to live, proving once again that we CAN change the world.

So, on the eve of this Thanksgiving, as we gather around the table in thanks for our family and friends, let us also thank God for our unlimited potential as human beings and the capacity within us to achieve greatness in our lives. Let us all work on the one thing that we have power to change…ourselves. As we ‘rehab’ our mental mindset and view of the world, adopting the golden rule as our mantra, we can make great strides in changing our circle of influence. As we encourage others to do the same, we can eventually raise not just our property values, but our personal values as well. It is then that we can truly change the world, one person (and one house) at a time.

God Bless You All and Have a Happy Thanksgiving!”