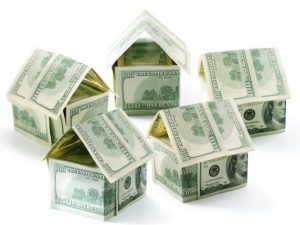 Home purchases made with cash are on the decline across the country, according to Zillow [1], but cash sales still make up a significant portion of the lower-priced home market in many areas. Cash sales declined year-over-year in the first quarter in 102 of the 126 metro areas Zillow observes [2]. Zillow chalked up the decline to waning investor demand and a resurgence of traditional buyers in the market. “[I]t’s heartening to see more buyers armed with traditional financing begin to enter the market,” said Stan Humphries, chief economist at Zillow. “This is a critical step on the way back to a more normal, balanced housing market.” However, despite the recent trend, “it’s pretty clear that cash is still king, especially at the lower end of the market,” according to Humphries. In fact, in the overwhelming majority of the top 30 metro areas—27 markets—Zillow found more than one third of home purchases in the lowest priced third of the market were made with cash. Furthermore, in three of these markets, more than 80 percent of home purchases in the bottom segment were made with all cash. In Miami, 84.7 percent of low-priced home sales were cash deals. Detroit was close behind with 83.2 percent of low-priced home sales coming in as cash deals, while in Tampa, Florida, 81.4 percent of low-priced home purchases were made with cash.

Other recent articles by the Professional Investors Guild:
Marketing is Way More Important Than You Think