Consumer Sentiment on the Rise in Florida 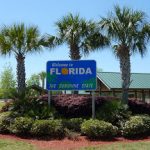 The Bureau of Economic Research at the University of Florida announced that the consumer sentiment index for the state’s residents rose another two points to 84, hitting a post recession high.

Consumer’s expectations of U.S. economic conditions over the next year and the next five years rose. Perceptions as to whether it is a good time to buy big ticket items maintained a post-recession high of 94. The gain in confidence was more broad-based than in previous months.

“We appear to be gaining some traction among consumers here in Florida,” said Chris McCarty, the Survey Director. “The last time Florida consumers were this confident was over seven years ago in April 2007, prior to the recession, when the housing market was beginning to unravel. Prior to that the index peaked at 98 in January 2004. Overall we are quite a bit behind where we would typically be this far out from the end of a recession, but we had a lot further to go in this recovery.”

The employment situation has improved slightly in the Sunshine State, with unemployment declining .1 percent to 6.1 percent. Housing prices were up again in June to $185,000 for the median price of a single family home. There are some signs that housing gains may slow as both housing starts and sale of existing homes slowed in adjacent southern states. Economists are holding judgment until further data has been compiled to see if the decline part of a trend.

“Given the current trends here in Florida our expectation is that consumer sentiment will continue to rise slightly in the short run,” said McCarty. “While an index of 84 is not historically high, it does reflect a far more optimistic consumer than we have seen over the past year. Most of the potential effects of confidence are external to the state”.

“These include the inevitable rise in short term interest rates that the Federal Reserve will implement as early as this fall, the effect on consumers from escalation of conflict in the Middle East and Ukraine, and a significant correction in the stock market which is a topic of discussion among economic pundits.”

Other recent posts by the Professional Investors Guild: