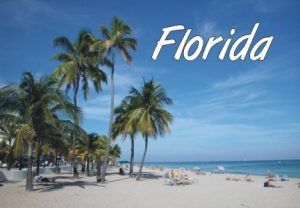 Maryland may have overtaken Florida for the nation’s highest foreclosure rate of any state in October, but Florida still led all states by far in bank repossessions (REOs) for the month, according to RealtyTrac’s October 2014 U.S. Foreclosure Market Report released Thursday.

The number of REOs in Florida in October, while still most of any state in the nation by plenty, actually declined by 13 percent from September (5,628) and by 31 percent from October 2013 (7,130), according to RealtyTrac. Foreclosure activity overall in Florida fell by 2.19 percent month-over-month and 24.9 percent year-over-year in October, RealtyTrac reported

For Florida, October signaled the end of 12 consecutive months with the nation’s highest foreclosure rate. Maryland moved into first place with one in every 400, meaning .25 percent of homes in the Old Line State were in foreclosure in October, according to RealtyTrac. Florida was second with one in 444, or .23 percent. 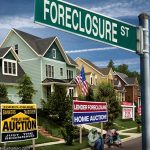 Florida totaled 20,236 foreclosure filings for October, the most in the nation. California, which has nearly five million more residential housing units than Florida does (13.6 million compared to 8.9 million), had almost 6,000 fewer foreclosure filings than Florida with 14,994, according to RealtyTrac. Florida’s 8.9 million residential housing units were second among states only to California; New York was third with 8.1 million.

Even with Florida slipping to second place among states for the highest foreclosure rate, the four metropolitan areas (with a population of more than 200,000) with the highest foreclosure rate were all in Florida, according to RealtyTrac. Miami was first with one foreclosure filing for every 363 housing units, followed by Orlando (1:394), Tampa (1:395), and Jacksonville (1:433). Foreclosure activity declined year-over-year in all of these metro areas in October: Miami saw a 27 percent drop, Orlando saw a 13 percent decline, Tampa posted a 23 percent decrease, and Jacksonville foreclosure activity dropped by 37 percent from October 2013.