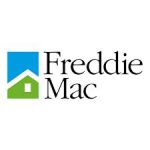 Having hit their lowest level of 2014 last week, mortgage rates barely budged in the latest market report from Freddie Mac.

The company reported Thursday the average interest rate for a 30-year fixed-rate mortgage (FRM) was 4.10 percent (0.5 point) for the week ending August 28, unchanged heading into the Labor Day holiday.

A year ago, the average 30-year FRM was close to half a percentage point higher at 4.51 percent.

Frank Nothaft, VP and chief economist at Freddie Mac, explained the week’s movements—or lack of them—were in response to mixed news in the housing market. 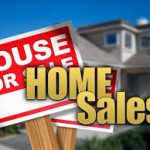 He continued: “Also, the S&P/Case-Shiller national home price index confirmed the slowing in national house-price appreciation that has occurred in other metrics, with the seasonally-adjusted national index down 0.1 percent in June but on a year-over-year basis up a solid 6.2 percent.”

According to a release from the site, the 30-year fixed average this week came down 1 basis point to 4.23 percent, while the 15-year fixed moved up a point to 3.38 percent.

Contrary to Nothaft’s analysis, analysts at Bankrate say the big catalyst for rate changes this week was Janet Yellen’s speech at Jackson Hole last Friday, in which the Federal Reserve chair continued to hit on unemployment as a major cause of concern, leading commentators to believe she’s not yet ready to raise interest rates.

“With Yellen not making any unexpected pronouncements, financial markets carried on as usual with the stock market going on to set new record highs and the bond market motoring along,” Bankrate said. “No obvious catalyst for big rate movements exists between now and the release of the August employment report on September 5.”