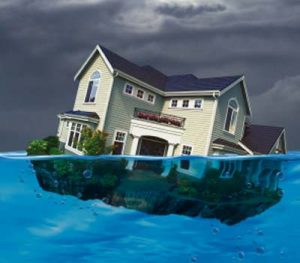 Two similar pieces of legislation introduced last month in the House and Senate that would extend tax relief to homeowners who are underwater on their mortgage loans have been referred to committees and are waiting to be heard.

Congressman Tom Reed (R-New York) introduced the Mortgage Forgiveness Tax Relief Act of 2015 (H.R. 1002 on February 13, and that bill is now being heard in the House Committee on Ways and Means. Two weeks later, Senators Debbie Stabenow (D-Michigan) and Dean Heller (R-Nevada) introduced a similar bill (S. 608), which is currently in the Senate Banking Committee. Both bills would extend relief to homeowners on forgiven mortgage debt – the remaining mortgage balance when a borrower sells a home in a short sale to avoid foreclosure. The bills would allow homeowners to exclude the forgiven debt from federal income tax forms and not report it as earned income.

Without such legislation, distressed and underwater homeowners would be required to report the amount of mortgage debt forgiven in a short sale as taxable income.

“It is bad enough that so many families in Michigan are faced with mortgages that now exceed the value of their home,” Stabenow said. “But to add insult to injury, without this bipartisan legislation, families willing to work with their lenders will have to pay hundreds or thousands of dollars in additional income tax when they sell or refinance their home. That’s just wrong.” 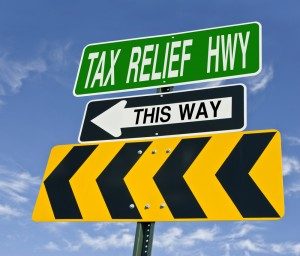 Just before Christmas last year, President Obama signed into law H.B. 5771, which retroactively extended 55 tax provisions – including one for distressed homeowners similar to the one that the bills recently introduced by Reed, Stabenow, and Heller. One of those 55 provisions was an extension of the Mortgage Forgiveness Debt Relief Act of 2007, originally signed into law by President George W. Bush, which relieved distressed homeowners from having to pay taxes on forgiven mortgage debt for the three calendar years of 2007 through 2009. That tax exemption was extended three more years until the end of 2012 with the Emergency Economic Stabilization Act of 2008, and it was extended until the end of 2013 with the American Taxpayer Relief Act of 2012. H.B. 5771 retroactively extended the tax break on forgiven mortgage debt until the end of 2014.

The current legislation that has been introduced would extend tax relief to underwater homeowners through the end of 2016. According to a press release on Heller’s website, nearly 17 percent of American homeowners (approximately one out of every six) are underwater on their mortgage loans, which means they owe more than their house is worth. The goal of the bill introduced by Reed is the same as that of the bill introduced by Stabenow and Heller, to “amend the Internal Revenue Code of 1986 to extend for two years the  exclusion from gross income of discharges of qualified principal residence indebtedness.”

“Unless Congress acts, those who are underwater in their homes and have received financial relief for their mortgage could be forced to pay a tax on income they never received. This makes no sense, and the legislation Senator Stabenow and I introduced ensures it won’t happen,” Heller said. “As a member of the Senate Finance Committee I look forward to finding a vehicle to pass this important legislation.”

At least one state is attempting to adopt similar legislation for distressed homeowners on state income taxes. Earlier this week, a committee in the North Carolina House of Representatives approved an amendment to bill that would permit homeowners to exclude forgiven mortgage debt when reporting income for state taxes.

Other Recent Posts by the Professional Investors Guild:

5 Keys for an Effective Presentation to Private Money Investors

Marketing is Way More Important than You Think