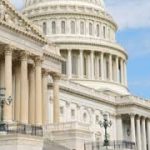 WASHINGTON–U.S. financial regulators are poised to finish long-delayed mortgage market standards as soon as next week, according to people familiar with the matter, adopting a relaxed set of rules designed to ensure credit is broadly available.

The regulators, in a victory for real estate and mortgage industry groups, are expected to finalize a far looser set of standards for mortgages packaged into securities and sold to investors than initially proposed in 2011.

Six regulators including the Federal Reserve, the Federal Deposit Insurance Corp. and the Securities and Exchange Commission are expected to sign off on the rule as soon as next Wednesday.

The long-expected move would wrap up a key unfinished piece of the 2010 Dodd-Frank financial law. Under Dodd-Frank, firms that issue mortgage-backed securities without government backing were required to retain a portion of the risk, under the theory that this “risk-retention” 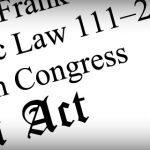 requirement would force them to pay attention to the quality of loans contained in securities.

In spring 2011, regulators proposed that issuers of mortgage-backed securities would have to hold 5% of a loan’s risk–unless borrowers brought at least a 20% down payment. The idea behind the proposal was that banks would be less likely to engage in risky lending practices if they had some skin in the game.

But after an uproar from real-estate agents, lenders and civil rights groups, banking regulators backed down and issued a new proposal last year.