Homeowners who had short sales in 2014 can now breathe a giant sigh of relief, as the Mortgage Debt Forgiveness Act was signed into law by President Barack Obama.

Under the Mortgage Debt Forgiveness Act, any mortgage forgiveness achieved in a short sale is not counted as income for homeowners whom banks allowed to sell their homes for less than the amount of their mortgage.

The Act was due to expire in 2014, but was extended by recent votes in Congress. The Mortgage Debt Forgiveness Act passed by a wide margin in the House of Representatives three weeks ago and passed 76-16 in the Senate two weeks ago… But the Act wasn’t made official until President Obama signed it into law, which he did last week.

The extension only applies to short sales conducted in 2014. Any further extension of the short sale tax break would need to be taken into consideration by the newly elected members of Congress when the Congress begins its 2015 session in January.

According to a recent estimate from RealtyTrac, the average short sale has an estimated mortgage forgiveness of $88,456. 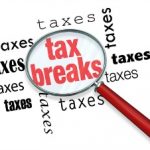 And according to a further data provided by RealtyTrac, there have been more than 121,700 short sales through October of this year, with a total mortgage debt forgiveness of nearly $10.8 billion.

RealtyTrac also estimated that the potential taxes on the average short sale to be $22,114, which would have brought the total tax liability to $2.7 billion.

When the Senate passed the Mortgage Debt Forgiveness Act, the National Association of Realtors hailed the vote. “NAR applauds Congressional leaders in both chambers for their effort to pass this legislation before adjournment,” NAR President Chris Polychron said.

“Realtors strongly supported the bipartisan Mortgage Forgiveness Tax Relief Act, which was included in the package to prevent underwater borrowers from paying taxes on any mortgage debt forgiven or cancelled by a lender in a workout or after their home was sold for less money than was owed,” Polychron added.

“We are grateful to Sens. Debbie Stabenow, D-Mich., and Dean Heller, R-Nev., and Reps. Tom Reed, R-N.Y., and Charlie Rangel, D-N.Y., for championing the provision.”