The company considers a zombie property any property that has “started the foreclosure process but never been foreclosed and the homeowner has vacated the property.”

RealtyTrac found that nationally, zombie properties totaled 141,406 in the second quarter of 2014, accounting for 21 percent of properties in foreclosure. All told, one in every five foreclosures has been vacated by the homeowner before the foreclosure has been completed. 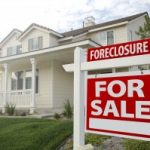 Not surprisingly, states with some of the most zombie properties also had some of the longest average times that homes have been foreclosed: New York (418 days), Florida (411 days), New Jersey (378 days), Illinois (272 days), and Hawaii (249 days).

Vampire & Zombie Foreclosures – The Spooky Side of Real Estate