Even though the first half of 2014 didn’t live up to the hope and hype, industry insiders are still calling for better days in the housing market for the rest of this year. On Friday, Redfin released its latest market summary, which sees the combination of sales, prices, foot traffic, and inventory as positive signs heading into the fall.

“After an abysmal first quarter that drove a disappointing first half, housing will be playing catch-up for the year,” said Nela Richardson, Redfin’s chief economist. “Though it won’t be a seamless transition, we believe the housing market is positioning itself for a stronger finish in the second half of the year.”

Granted, you may have heard the same kinds of optimism in January. The first quarter of 2014 was supposed to show a steady climb in all areas of housing, but hopes were battered by harsh winter weather, a drop in residential construction starts, and a shortage of qualified construction workers.

Things also were supposed to pick up in the second quarter—and they did, but only enough, by most accounts, to stanch the disappointing Q1 numbers.

But entering quarters three and four, Richardson is hanging her predictions on four key points.

First, home sales are catching up to 2013’s highs, which were the strongest since the recession. June sales (114,240) were only shy by 2.5 percent from last June’s, and sales were up year-over-year in eight of 30 metro markets, including Atlanta, Charlotte, and Oakland, each of which were up more than 8 percent, Richardson said. 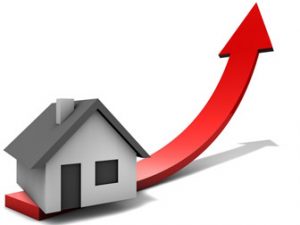 Second, foot traffic is on the rise. According to Redfin, the number of customers going on tours with the company’s agents in June was up 27.1 percent from a year ago. “Tour growth is bucking seasonality trends, which tend to peak in May,” Richardson said.

Whether this trend will translate into stronger sales numbers hinges on whether mortgage supply from banks can meet the increase in demand or whether buyers with large amounts of cash on hand will continue to dominate the market, she said. Cash deals reached their peak in 2011 and have been declining steadily since, but the percentage of cash deals remains higher than the norm and is especially popular forlower-cost homes.

Third, price growth is becoming more sustainable. Even though the median sales price in urban markets topped $300,000 in June, price growth reached a two-year low of 6.4 percent, Richardson said. The stability is most welcome. “Prices over the past three years have been an expensive roller coaster for both buyers and sellers,” she said.

According to Redfin, the fluctuation between 2011 and 2012 was depreciation followed by double-digit growth, and price growth through 2013 averaged 14 percent. “In June, the median sales price grew at half that rate, much more in line with a sustainable rate that won’t have the market panting to keep up,” Richardson said.

The biggest year-over-year increases in homes for sale were in Riverside-San Bernardino and Orange County, California, and Phoenix, where figures were up at least 24 percent for all areas.

“Metro markets continue to get a boost from pent-up demand caused by the low inventory that plagued housing for the past two years,” Richardson said. “The second half will not be without its wobbles. But the housing market can maneuver around the juggernaut of subpar long-term economic fundamentals. Housing is now edging back to normal.”