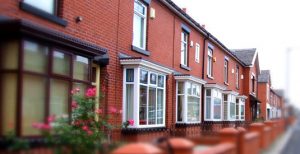 Over the next few years, Capital Economics predicts that rents are likely to rise at an annual average rate of 5% or more, while house price inflation will settle around 4%.

A subdued labor market, soft income growth, the low cost of servicing a mortgage and a ready supply of homes to rent has kept rents in check, only rising at a modest 8% since the market reached a turning point in late 2011. This is compared to a 20% rise in the Case-Shiller national house price index.

The report outlines 4 forecasts that will impact the rental and housing market.

Since late 2011, the unemployment rate has dropped by a third, while the number of people working part-time out of necessity rather than choice has also tumbled.

The report expects the tightening in the labor market already seen to push average hourly earnings growth up from 2% this year, to 3% in 2015 and perhaps 3.7% in 2016.

The steady demand for rental housing that has been seen over the past few years has made a significant dent in the rental vacancy rate. Indeed, despite the fact that the share of property being built for rent is at record highs, the vacancy rate dropped to 7.4% in the third quarter. At current levels, the vacancy rate is signaling that rental growth is likely to rise to perhaps 5% per annum over the next 9-12 months.

Comparison of the costs of renting and buying suggests that the risks to that figure lie to the upside. After all, record low mortgage interest rates mean that the monthly repayments on a mortgage are only a little higher than the cost of a typical monthly rental payment.

However, Capital Economics’ forecasts imply that the monthly costs of a mortgage are likely to rise by a third over the next two years as mortgage interest rates head back towards 6%.

Assuming that is right, to keep the relative cost of renting and buying unchanged at current levels, rents would have to rise by 12% in both 2015 and 2016. If rents rise by 5% a year, in a relative sense renting will become considerably more affordable. In turn, that should help to underpin the demand for rental homes.

As a result, Capital Economics said that renters face affordability constraints. “Standard valuation measures show that average house prices are currently around 8% too low relative to income per capita, but around 8% too high relative to rents,” the report said. “The implication must be that rents are relatively low compared to incomes. Accordingly, with earnings set to rise by 3% to 4% per annum over the next two years, rental growth of 5% per annum seems perfectly plausible.”