The median price of distressed residential homes, which are those in foreclosure or owned by banks when sold, was reported at $130,000 nationwide for September, compared to the median price of $205,000 for non-distressed homes during the month, according to RealtyTrac.

“Even as the share of distressed sales decreases, the average discount on distressed properties continues to be substantial because the primary factors driving that discount are still in place,” RealtyTrac VP Daren Blomquist said. “Distressed properties are typically in poor condition and have a highly motivated seller — whether that seller is the distressed homeowner in foreclosure or the bank that has repossessed the property through foreclosure.”

The major metropolitan areas were distressed homes were most heavily discounted were Pittsburgh (67 percent), Milwaukee (67 percent), Cleveland (64 percent), and Memphis (59 percent), according to RealtyTrac. 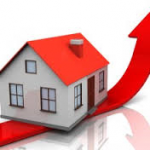 Overall, the median sales price of U.S. residential properties, both distressed and non-distressed combined, was $195,000 in September, according to RealtyTrac. This figure represented an increase of 1 percent from August and 15 percent from September 2013 – the largest year-over-year increase since October 2005. September 2014 was also the 30th consecutive month in which the median home price increased on a year-over-year basis.