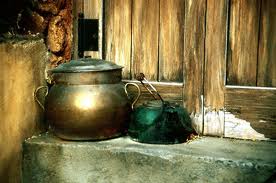 Over the last few years, investors like myself have faced all kinds of accusations from large banks and the GSE’s, especially Freddie Mac.  They love to write articles and put out press releases about “mortgage fraud” and “short sale fraud” to try and scare investors aware from buying properties at a discount, and HEAVEN FORBID, actually making a profit on a property.  They feel that if a single penny is made on any property that they have ever been involved with, that it belongs in their pockets, regardless of how much work and effort an investor has put into creating equity in the deal.

However, these articles and press releases that are disguised as “warnings to protect the general public” are ALWAYS from the marketing department (which is about making profits) and NEVER from their legal department (which determines when an actual law is 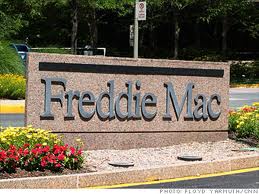 broken or fraud is committed).  Every time they’ve been called on the carpet by lobbyists for the investment industry, like the Distressed Property Coalition, they back away from their firm stance and state that it’s NOT a legal opinion.

Now we find out that these holier-than-thou GSE’s, who love to point the fraud finger at everyone else, are engaged in some of the most despicable and nefarious activity in the mortgage world.  Not only has it been revealed that they profit from every foreclosure, thus making them less likely to approve short sales and loan modifications, but now we come to find out that they haven’t even been responding to multiple complaints by consumers regarding loan servicers for Freddie not processing homeowner’s requests for assistance.  Talk about the pot calling the kettle black!

Check out this article below by John Grant, the lead lobbyist for the Distressed Property Coalition, regarding this hot water that Freddie finds itself in again.

And who bears the penalty for Freddie Mac’s failure? The Inspector General summarized it beautifully in the report: “Servicers’ failure to resolve quickly escalated cases can prevent foreclosure alternatives from being adequately explored and may result in losses to the enterprises.” In other words, the failure to respond timely to these complaints leads to unnecessary foreclosures and taxpayer losses. But far more staggering, and quite literally unbelievable, is the news from the Inspector General on what went unreported.

Freddie Mac owns or guarantees 10.6 million mortgages with a combined $1.6 trillion in unpaid principal balances. According to the Inspector General, the eight largest servicers handle 70% of its loans. Four of those servicers: Bank of America, Wells Fargo, CitiMortgage, and Provident, failed to report a single complaint from October 2011 through November 2012. The problem? These four servicers received over 20,000 complaints during that timeframe. And it gets worse.

According to the report, 98% of all servicers (including the four referenced above) did not report a single complaint. The Inspector General considers this highly unlikely, first because we already know of more than 20,000, and second because those 98% handle 6.6 million loans. To be clear, Freddie Mac actually believed there was no issue, and that out of 6.6 million loans being serviced, not a single consumer had a complaint with the process. Brilliant.

How can this happen? According to the report: “This lack of compliance is a result of Freddie Mac’s failure to assess escalated case requirements in its servicer reviews and to include consequences for noncompliance in its Servicing Guide.” It’s not as if Freddie Mac failed to inspect its servicers. The top 38 were subjected to onsite inspections, and Freddie did not take any issue at all with the fact that virtually none of them were reporting consumer complaints. I am reminded of a Robert DeNiro line from “Casino” while berating an employee: “You were either too stupid to know you were being scammed, or you were in on it!”

Politicians in Washington today clamored about these findings. But not for the reasons you may think. As the Administration seeks to replace acting FHFA Director Edward DeMarco with a replacement who will approve principal reductions (an action DeMarco has resisted because of the taxpayer liability, an across the board 15% reduction on Freddie alone would leave taxpayers with a $240 billion bill), Capitol Hill is using this report to denounce Mr. DeMarco.

The report is less damning of FHFA then politicians who want to leave taxpayers with more debt. Here are two important quotes from the report regarding FHFA:

“FHFA does not specifically advocate for consumers or resolve consumer issues. Instead, it uses consumer complaint information to improve regulatory oversight.”

In simple terms, FHFA screwed up by believing Freddie Mac’s onsite inspection teams were competent. But the facts contained in the report lead to several inescapable conclusions: servicers deliberately shielded consumer complaints, Freddie Mac had to have known it was happening, and many consumers unfairly lost their homes because of this. And who gets stuck with the bill? The taxpayer.

This report is extremely disconcerting to my group, the Distressed Property Coalition, because Freddie Mac and their servicers are responsible for overseeing a program DPC pushed to pass for two years, the FHFA Standard Short Sale Program. DPC is preparing a letter to the FHFA Inspector General next week to voice our concerns about the past and current conduct of Freddie Mac and its inability to implement programs aimed at helping homeowners and unwinding their inventory.

There will no doubt be Congressional hearings on this matter. My hope is that they focus on the obvious fraud and deception that was orchestrated by Freddie Mac, rather than turn into a political sideshow to oust a good man trapped in a den of thieves.