May Housing Scorecard Shows Progress in Equity and Home Sales

The U.S. Department of Housing and Urban Development (HUD) and the U.S. Department of the Treasury released the May edition of the Obama Administration’s Housing Scorecard [1] on Friday. The government report showed progress, noting growth in key indicators such as increasing equity and a rebound in the sale of new and existing homes.

According to the Federal Reserve, homeowner equity was up nearly $795 billion in Q1 2014, totaling more than $10.8 trillion. May’s figure was the highest level since the second quarter of 2007. Equity has continued to rise since the beginning of 2012, up 73 percent (nearly $4.6 trillion) through the first quarter of 2014. 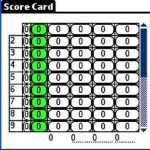 “More homeowners have positive equity, foreclosures continue their downward trend, and sales of new and existing homes are rebounding. While these are all good signs, it’s clear that we must remain committed to helping homeowners as they recover from the worst housing recession since the Great Depression.”

HUD cited figures from CoreLogic, which found that the number of underwater borrowers dropped 48 percent, lifting more than 5.8 million homeowners above water from 2012 to the first quarter of 2014. Despite first quarter gains of 300,000 homeowners who returned to positions of positive equity, approximately 12.7 percent of residential properties with a mortgage are still underwater.

HUD also celebrated new home sales, which were up 6.4 percent to 433,000 in April. Foreclosure starts continued on a downward slope, down 10 percent from the previous month and down 32 percent year-over-year. Foreclosures are the lowest they have been since December 2005.

Existing-home sales rose for the first this year. HUD cited a National Association of Realtors report that found existing home sales sold at a seasonally adjusted annual rate (SAAR) of 4.65 million in April, up 1.3 percent from March. However, existing-home sales are still 6.8 percent below the 4.99 million pace seen a year earlier.

“The standards set by the Making Home Affordable program have significantly changed the mortgage servicing industry,” said Treasury Acting Assistant Secretary Tim Bowler. “Treasury is committed to holding servicers accountable to these standards, and as a result has seen continued improvement by the largest servicers.”

HUD noted that foreclosure mitigation programs continue to provide relief for distressed homeowners—more than 8.3 million mortgage modification and other homeowner assistance actions were completed between April 2009 and April 2014.