There is no such thing as an overnight success story. We all love to believe that they exist, if for no other reason than to leave us with the hope that one day success will also find its way to our doorstep. This possibility, regardless of how remote, keeps us hanging on; shuffling our way through each day until that monumental moment happens to us…just like it happened to that nice young man or woman we know who “hit it big” or got “lucky”.

As hard as it may be for some people to grasp, financial freedom and economic prosperity does not simply fall in our laps. (My temptation is to write about how I don’t want my words here to burst anyone’s bubble, but that would be disingenuous of me, because that’s exactly what I want to do!) Until we prepare our minds for action, and then ACT, we will never see the success that we so fervently desire. It’s the mindset of waiting, watching, and hoping that has kept many would-be-entrepreneurs destitute, ineffective, and unable to succeed in business.

From the beginning of time until today, every successful business, invention, ministry, or organization has been built the exact same way; small step-by-small step, difficult decision after difficult decision. The reason why we think overnight success stories do exist in our society is because we’re not privy to the blood, sweat, and tears that goes on behind the scenes before that multi-million dollar company goes public, the famous actor gets his big break, or before the world renowned speaker becomes, well…world renowned.

The other night my wife and I were flipping through the channels and came across a show called Gladiators 2000, a teenage spin-off of the mega-hit American Gladiators, originally filmed back in the 1990’s. As a student of all things successful, my interest was not necessarily peaked by the fast-paced, dramatic nature of the competition, but rather by the name of the 19-year old host of the program: Ryan Seacrest. 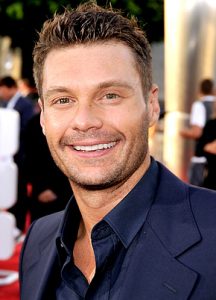 For those of you who have not been sucked in by the reality singing competition known as “American Idol,” allow me to give you an update on pop culture. Ryan Seacrest is also the host of that particular program, which just so happens to be the #1 rated television show in America. Accompanying those high ratings is also an extremely high paycheck for one Mr. Seacrest, who made in excess of 20 million dollars last year, as well as landing some other high-profile gigs such as hosting the Emmy Awards, Dick Clark’s “New Years Rockin’ Eve,” and the American Top 40 radio program, just to name a few.

Most people are familiar with the fame, success, and glamour that surround stars like Ryan, but few people know of their tireless work ethic and undying commitment to their craft that is typical of successful people in any industry. Those close to Ryan tell stories of his passion for radio, and how he had crafted a smooth presentation early in his teen years. After a few years as a DJ in his native Georgia, Ryan moved to L.A. and began hosting a radio show for just $15 an hour (which in Southern California has you living well below the poverty line). However, Ryan didn’t despise his small beginnings, and kept pushing towards the success that he knew could be his if he stayed committed to the process. This same story can be found in countless successful businesses, even those that were started in the middle of recessionary periods of our country’s history.

The oil crisis of 1973 sparked the largest recession in our nation since World War II. The high gas prices would have deterred nearly any entrepreneur from starting a business that relied heavily on transportation. Apparently nobody told that to Frederick W. Smith, founder of the mega-shipping giant, FedEx Corp (or perhaps they did tell him, 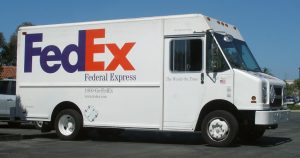 and he just wasn’t listening). Beginning its operations on April 17, 1973 as Federal Express, the company delivered a mere 186 packages to 25 cities on its first night of operations. Not exactly an overnight success story (no pun intended). However, with a strong business plan and an even stronger work ethic, FedEx grew into the financial juggernaut that it is today, now managing more than 7.5 million shipments everyday worldwide.

Our fast food, microwave-ready, instant coffee society has conditioned us to expect immediate gratification, but in business things don’t always work that way. Successful enterprises are built the same way in recessions as they are during times of abundance, and that’s through hard work and dedication. As you begin to pursue your entrepreneurial dreams, don’t become discouraged if things don’t happen for you right away. The day of small beginnings should not be despised, but rather embraced as a time of trial & error…a chance for learning, growing, and developing a master plan that will launch you into success in the years to come. Being an entrepreneur is not always a bed of roses at first, but over time it can create a wonderful life for you, your family, and those you choose to bless with your wealth and financial increase.