From Fab to Flab in No Time Flat!

“Best (& Worst) Beach Bodies of the Year”. That was the headline that grabbed my attention a while back as I stood in line at the grocery store.  And it wasn’t for the most obvious reason that a 30-something year old man might be tempted to take a peek. In contrast, this was much less of a temptation and much more like the experience of approaching road kill on the side of the interstate. You know you’ll regret looking at it, but as the mangled creature moves closer, you just can’t seem to keep your eyes off of it.

Undoubtedly part of “the worst” category, the beach body being burned into my retina was none other than the Governator himself, Mr. Arnold Schwarzenegger. The object of my disgust was standing there proudly in his Speedo, the magnificence of his former self but a mere memory. The former Mr. Olympia, 7-time world champion, and star of countless action movies, now looked as if he had never stepped foot in a gym in his entire life. A man who once boasted an incredibly low amount of body fat now looked as if he had traded bicep curls for cheese curls, and leg squats for tater tots. To put it bluntly, he was a lot less buffed up and a lot more A.Y.C.E. “buffet-ed” up.

I must admit that I was extremely saddened by the image on the magazine cover. I try to hit the gym about 2-3 times a week, or at the very least throw up a few push ups and sit-ups each morning as I get ready for the day. I had always hoped that one day I would get my body sculpted the way I liked it and then I could just lay back a little, take it easy, and coast into my latter years with a body that at the very least didn’t repulse my wife. However, in one fleeting moment at the grocery store check out line, my dream was effectively terminated (get it?). Arnold has indeed proven that regardless of your level of achievement, even if you’ve reached the pinnacle of success in your sport or industry, you can’t let up for even a moment…or you will lose it all. The fall to the bottom is certainly a lot faster than the climb to the top and in business, as in 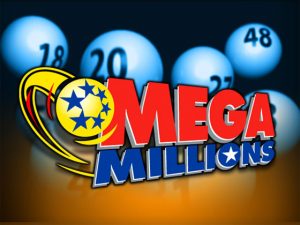 exercise, the moment at which you stop giving it your all is the moment that you will certainly fail.

One of the biggest differences that I see between the “haves” and the “have-nots” is in their view of success. Poor or unsuccessful people are always waiting for some once-in-a-lifetime opportunity, a strike of lightning, the invention of the century. They think that prosperity and wealth are achieved by winning some kind of “success lottery” and they’re always sitting around waiting to hit the lucky numbers. However, those that achieve greatness in life are those who understand that success is a process, not an event, and they commit themselves to that process until it produces their desired result.

I’m committed to the process.  How about you?  Let me know in the comment section below! And then write this on your mirror so it’s one of the first things you see every morning…“Success is a Journey, Not an Event!” Once that sinks into your mind and heart, you will be that much closer to achieving the life of your dreams.